We here present the system of equation corresponding to the Wagner TMDD model, as well as the model behavior.

The constant Rtot, QSS/QE and irreversible binding approximations may still be overparametrized. A further simplification can be made and is called the Wagner model. It has initially been described in Biopharmaceutics and relevant pharmacokinetics by Wagner. The Wagner model can be derived from the QE/QSS approximation assuming in addition that the total receptor pool is constant (i.e

), as shown in Mager et al. (2005). It can also be derived from the constant Rtot model by assuming in addition rapid binding (i.e

, see Gibiansky et al. (2010) PAGE poster). Adding these simplifications reduces the number of parameters by one more compared to the first level of approximations, leading to 5 parameters for a 1 compartment model (or 7 for 2 compartments).

This formulation presents a disadvantage: in case of a bolus administration, the initial free ligand concentration cannot be assumed to be

with D the dose (amount of drug), because the dose will immediately split between the free and bound form due to the assumed infinitely fast binding. Thus a so-called dose correction is needed. For the first dose, the corrected initial concentration is relatively simple to calculate:

however, the situation becomes more complicated for subsequent doses, where Rtot(t) must be used instead of Rtot(t=0)=R0.

We thus propose to use instead the formulation in Ltot (total ligand concentration):

The number of parameters is the same, and the system complexity also. P, R and Rtot can easily be calculated using

. Because the dose is applied to Ltot, no dose correction is needed:

, irrespective of the splitting of the dose between the free form L and the bound form P.

With a second compartment, the system becomes: 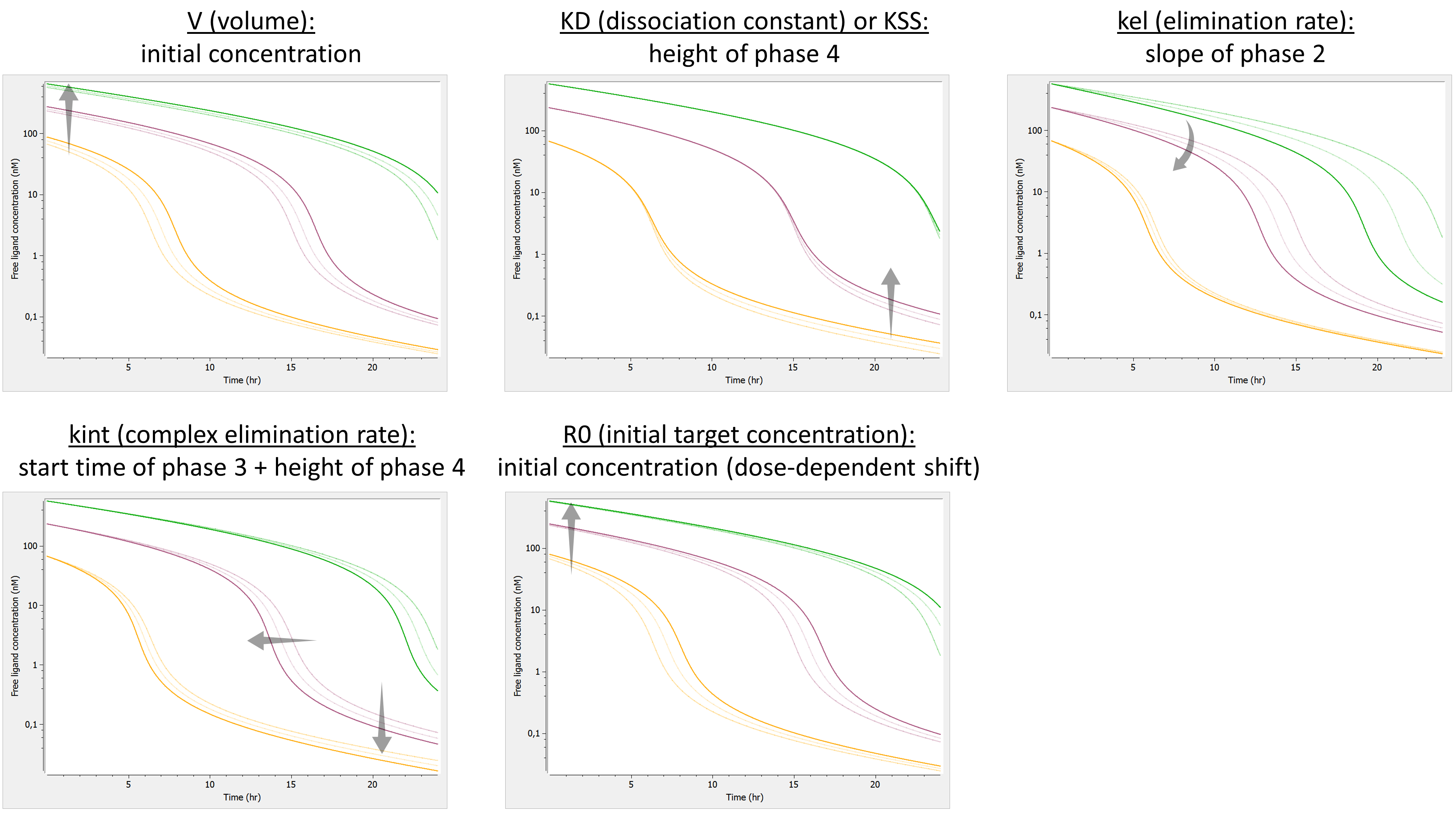 The Wagner model combines the assumptions of the QE (or QSS) model and those of the constant Rtot model. As for QE, the phase 1 is missing: the free concentration of ligand directly starts at the equilibrium concentration. In addition, the lack of kon passes on the lack of flexibility in the slope of phase 3. As for the constant Rtot model, we also have a lack of flexibility on the slope of phase 4.