An example of individual parameter model

The subsection here present an example of a one compartmental model with a first order absorption model. This is a dynamical model with two states represented by the following equations

In that case, we define the inter individual variability (iiv) on the volume to see the impact on the output. Notice that we only put iiv on the volume on this example for sake of simplicity and clarity. One could add iiv on the administration rate

. In our case, we define the volume as lognormally distributed with a typical value

, and a standard deviation

. In Mlxtran, this distribution writes

Notice that, in the presented case, no EQUATION: was needed. Elsewise, a block EQUATION: would have been added to define for example the typical value. If we sum up all the model, it is implemented in the file mlxt_iiv.txt as the following

. The associated Mlxplore project can be found here : mlxplore_iiv.txt. Based on this distribution definition, Mlxplore draws

values and then simulates the

individuals based on their volumes. This is shown in the following figure with 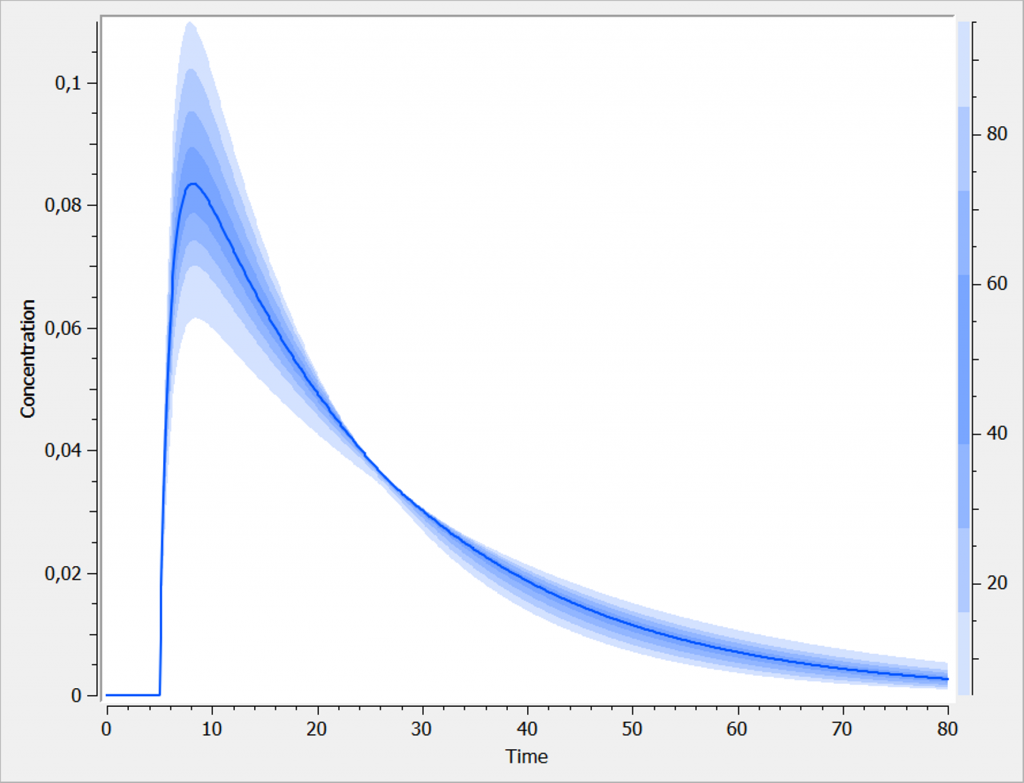 is sufficiently large. Moreover, the percentile are displayed to explore the impact of the iiv on the output. A color bar is displayed on the right to see which part of the curve corresponds to each percentile. In the presented figure, we used 8 bands for a level of 90, which means that we look at the percentiles between 5% and 95%.