The macro compartment defines a PK model compartment. Compartments can be the target of an administration, can be subject to a clearance process or can be linked with other compartments for exchange processes. The compartment amount, concentration and volume are variables.

Arguments for the macro compartment are:

If no administration is involved for a compartment, and if the amount and all its dynamics are defined as an ODE component with its derivative, then the compartment macro definition is not needed.

Example with Mlxplore
In the following example, a compartment is defined in the PK: bloc and the dynamics of the amount is defined with the iv and elimination macro. The model is implemented in the file compartment.mlxplore.mlxtran available as Mlxplore demo. A snapshot of the code is shown below:

The considered administration is a dose of 1 at time 5. We defined the one compartment, and the associated concentration, amount, id, are defined in it. Therefore, it is very simple to define the associated dynamics. We added an absorption process as a bolus and defined a linear elimination. The results can be seen in the following figure. 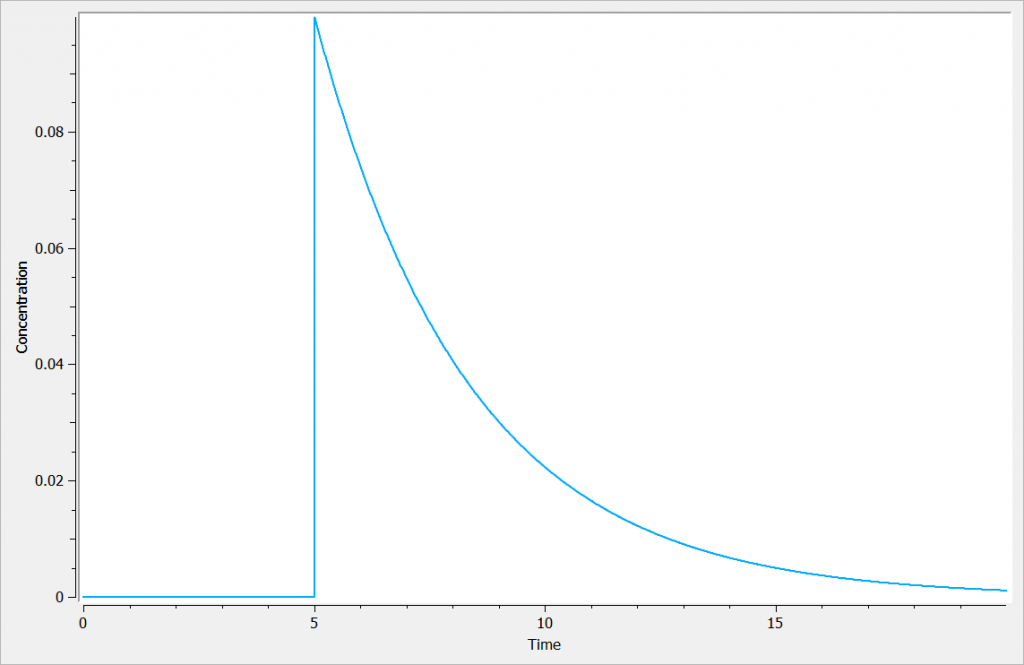 The main interest of this example is that all the parameters of the compartments are well defined and therefore their manipulation is easy.