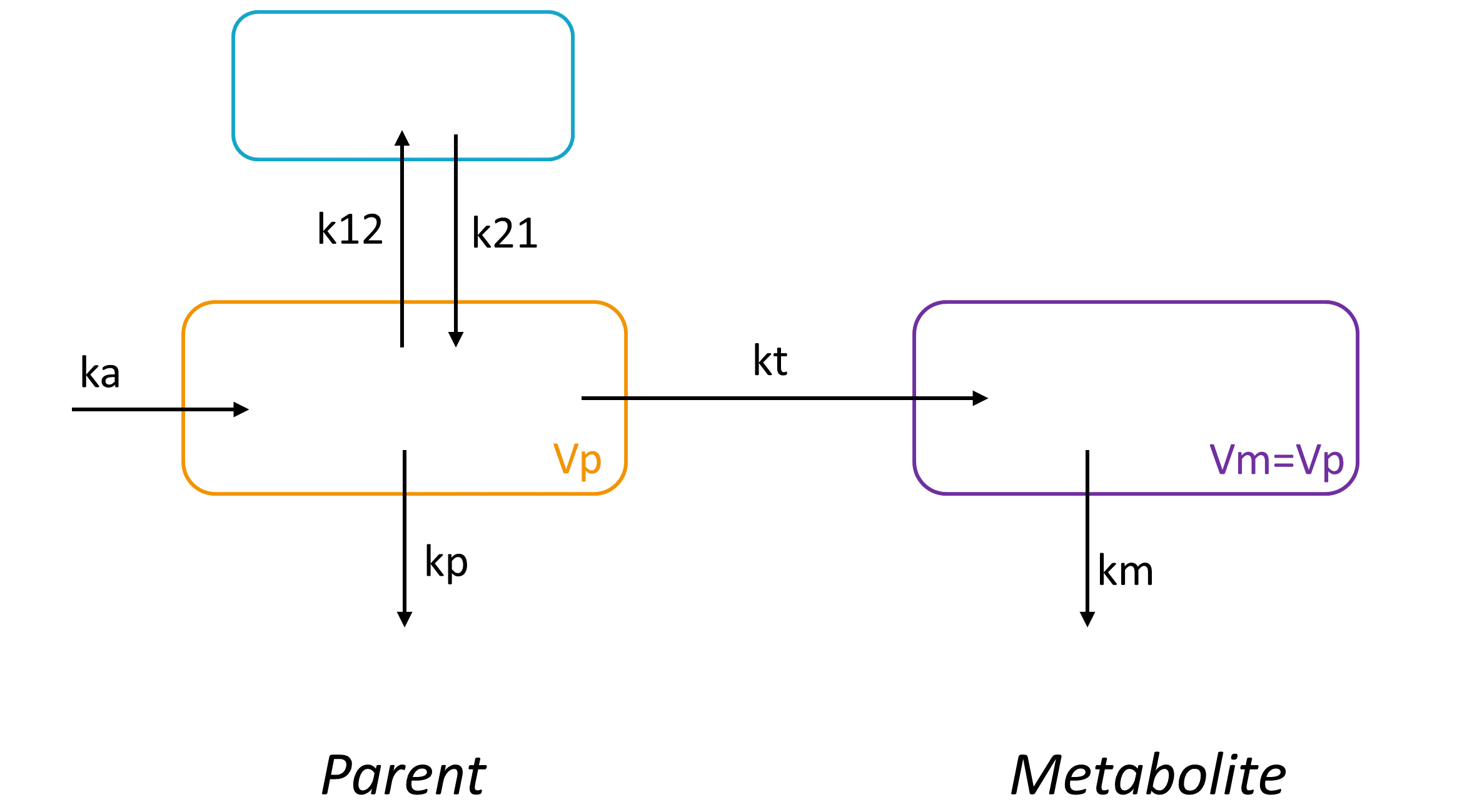 The model can be complexified to take into account a saturation of the biotransformation rate or auto-induction phenomena.

The mlxtran code for the structural model reads:

Except when the metabolite has also been administrated, the volume of distribution Vm of the metabolite is not identifiable for the following reason: an increase of Vm can be compensated by a decrease in the biotransformation rate kt, which itself can be compensated by an adjustment of the elimination rate of the parent kp. Note that the disappearance of the parent (via elimination or biotransformation) is driven by ktot=kp+kt  and that any combination of kt and kp values that leads to the same ktot will keep the parent concentration-time profile unchanged.

To better grasp this unidentifiability, we propose the following Mlxplore script, where Vm is considered a separate parameter:

We can then test different values of Vm, kt and kp. The following sets of values (Vm=15, kt=0.02, kp=0.1) and (Vm=30, kt=0.04, kp=0.08) lead to exactly the same prediction for both the parent and the metabolite, highlighting the unidentifiability. One of these 3 parameters must therefore be fixed, the most common choice is to fix Vm to the value of Vp.