Dynamic carrying capacity due to angiogenesis

) represents the stimulatory capacity of the tumor upon the vasculature via angiogenic factors. The second term (

) is an intrinsic loss rate. The third term (

) is the endogenous inhibition of previously generated vasculature by inhibition of endothelial cell proliferation, via inhibitors released through the tumor surface. When the model is combined with a cell distribution delay, the variable TS is replaced by TotalTS (i.e. the total tumour size which takes into consideration tumour cells undergoing cell death) in this ODE.

On the figure, a logistic growth is used for TS, but this module can be combined with any other tumor growth model that includes the TSmax parameter (saturation). 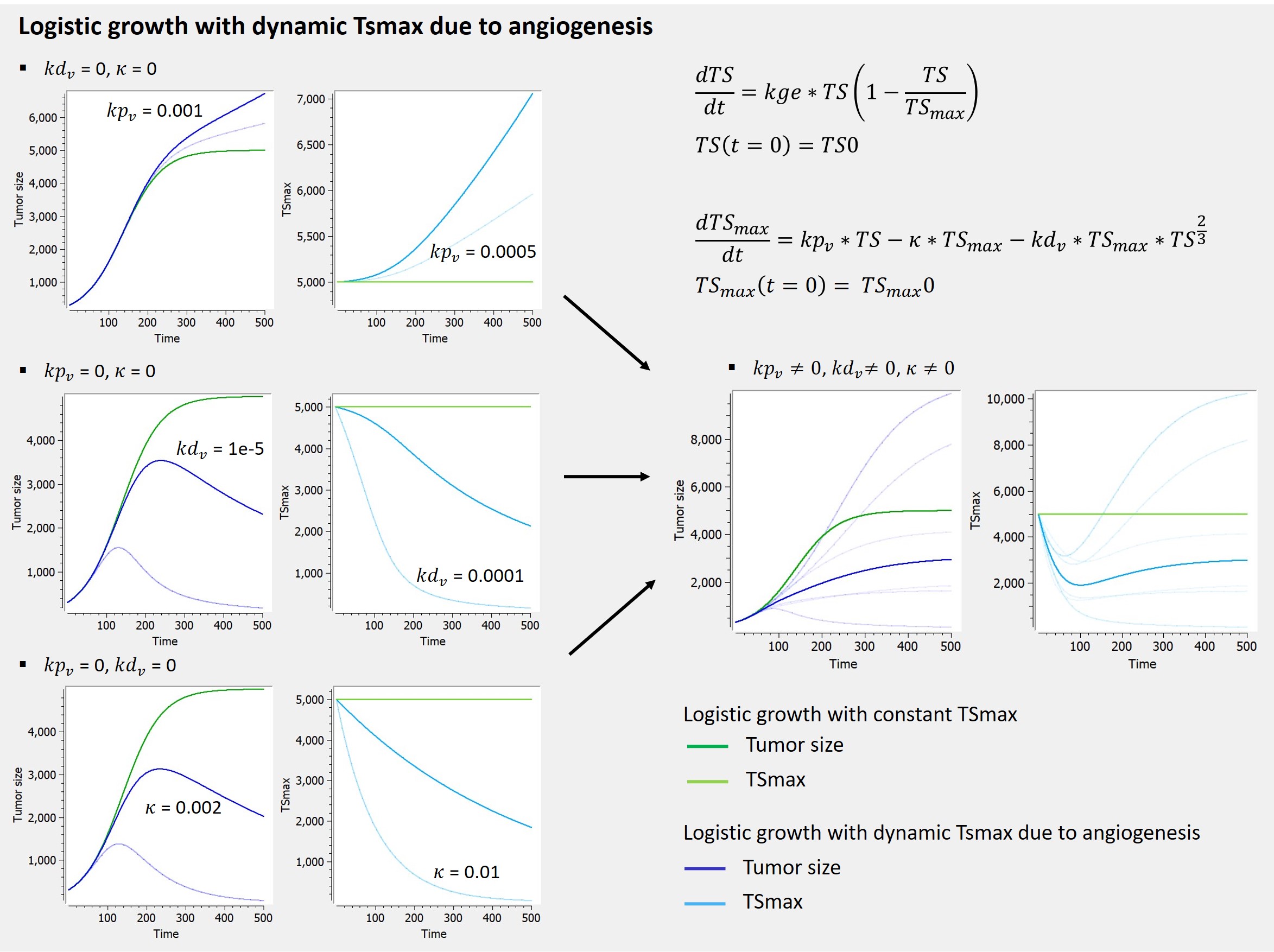 Effector immune cell dynamics and their effect on the tumor cell population size may also be modelled as to allow for the production of certain clinically observed trends such as tumor dormancy, oscillation in tumor size and even spontaneous tumor regression.

The library includes, as an example, a model of tumor-immune interactions with chemotherapy proposed by De Pillis et al. (2007), taking into account the control of the tumor growth by the immune system, and the weakening of the immune system as a side effect of chemotherapy.

The corresponding ODEs are displayed on the figure below, together with predictions obtained with typical parameter values, showing the impact of the different terms in the equation governing the immune effector cells dynamics and the variety of behaviors that it can cause for the tumor cells, and the immune cells. 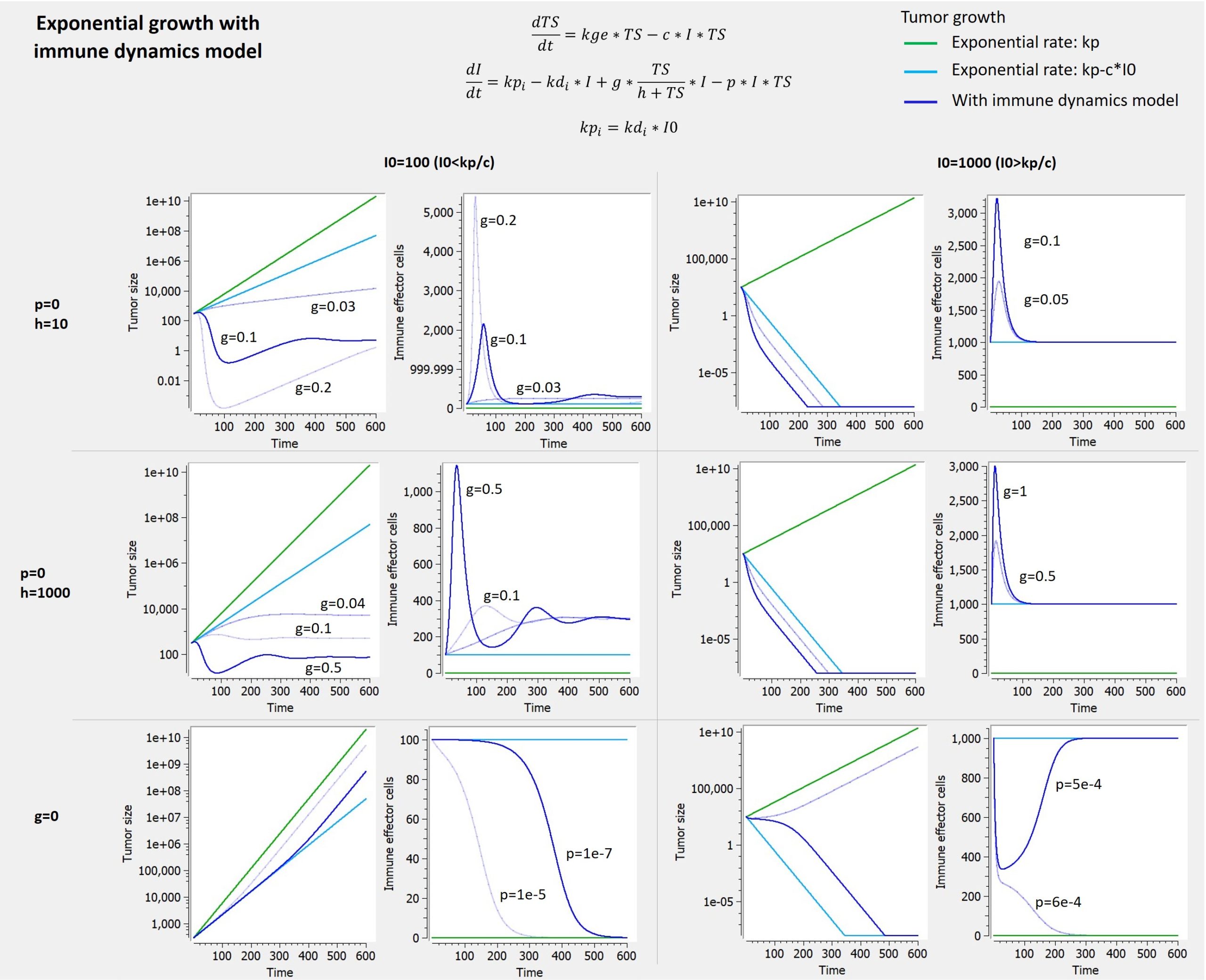