Arguments for the macro effect are:

In the following example, a compartment is defined in the PK: bloc. An iv absorption process along with a linear elimination process is added to the main compartment. An effect is added with a transfer rate ke0. The model is implemented in the file effect.mlxplore.mlxtran available in the Mlxplore demos. The code is detailed below: 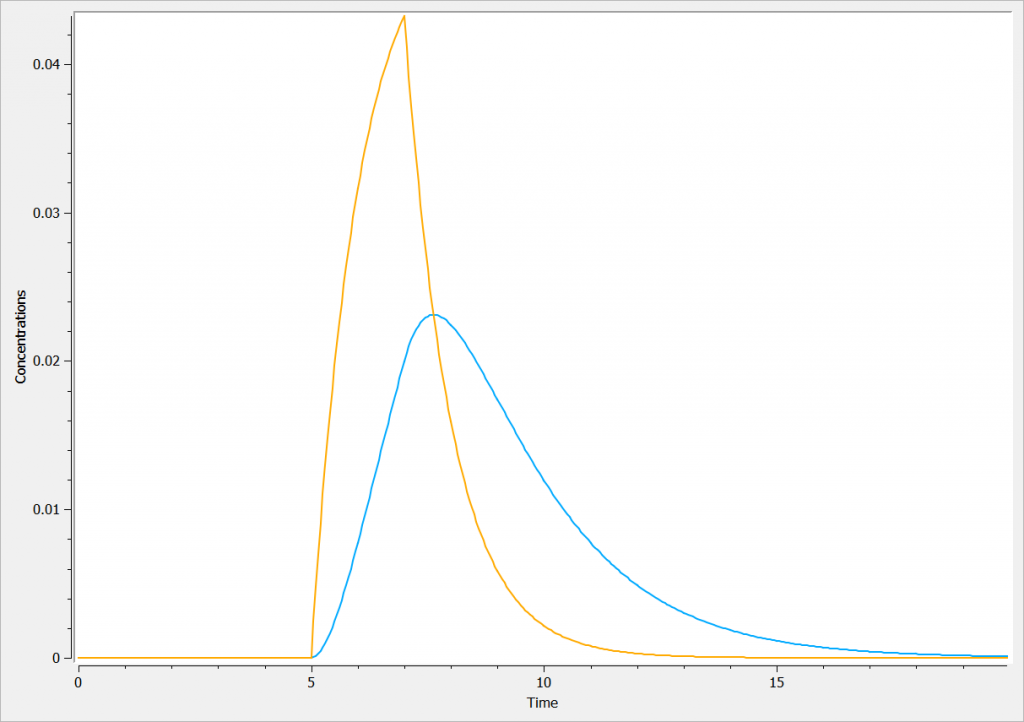