We here present the system of equation corresponding to the original (full) TMDD model, as well as the model behavior.

the steady-state initial receptor concentration (which replaces kdeg in the list of parameters), and

the dissociation constant (which replaces koff in the list of parameters). This permits to better separate the effect of each parameter.

If in addition the ligand can distribute to peripheral tissues, a second compartment can be added, leading to:

The main assumptions of this model are the following (Gibiansky et al. PAGE 2011 talk):

The effects are summarized below: 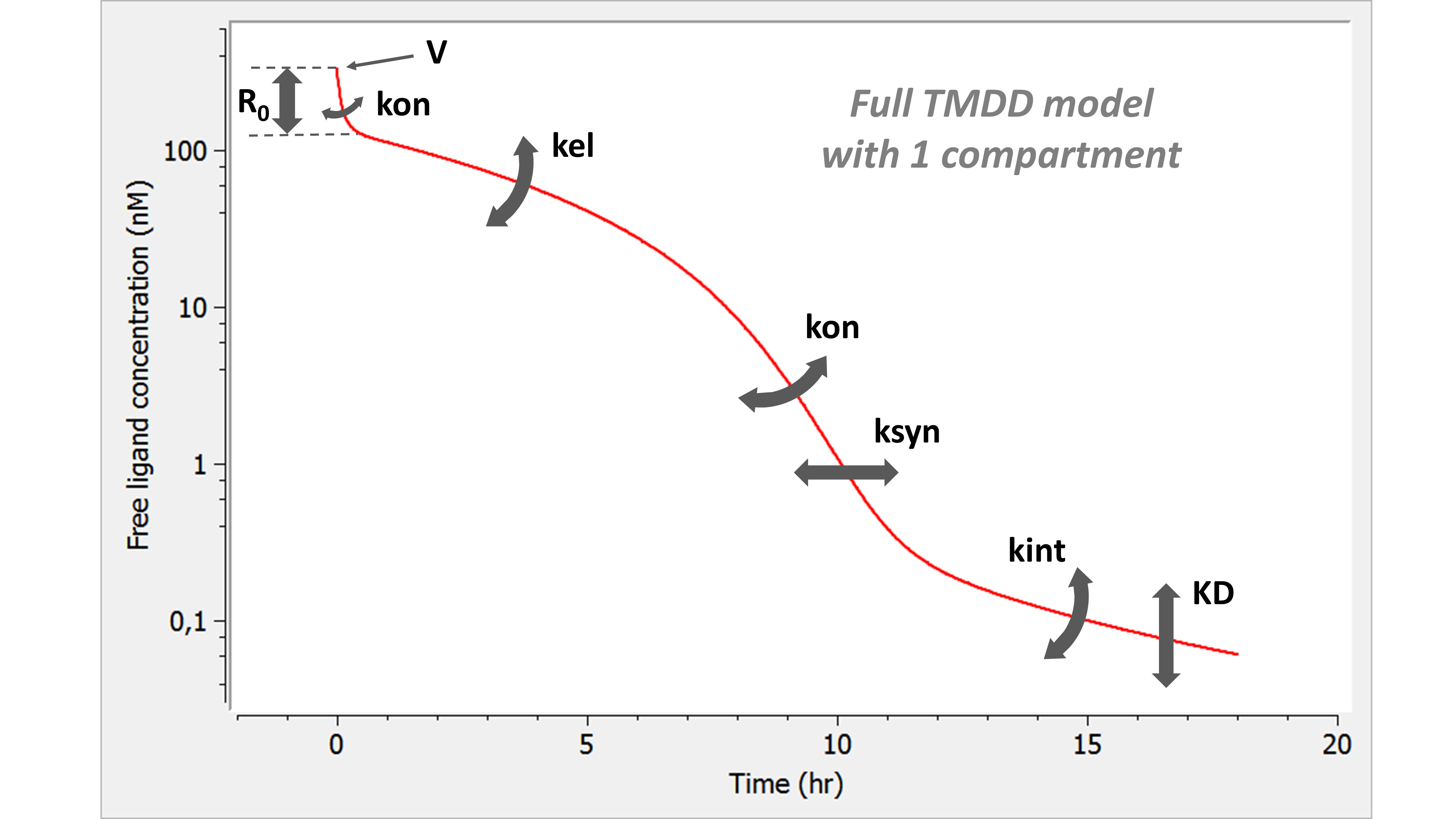 For every phase of the concentration-time curve, there exists a parameter to modify it. This is in contrast with the various approximations that lack flexibility for one or several phases of the curve.

If a second compartment is added, the shape is modified in the following way. Note that kon has been chosen large (very steep phase 1), to better focus on phase 2, where k12 and k21 have their main effect.